Every year, according to the Centers for Disease Control and Prevention, over four million of us in the United States are bitten or otherwise injured by dogs or other pets. If not treated properly and immediately, dog bites can cause nerve injuries, disfigurement, and a number of diseases. Parents should know that the most frequent victims of dog bites are children from ages five through nine.

Dog bites are a serious medical concern, and if you’re injured by a dog or by another animal, it’s imperative to discuss your case at one with a good personal injury attorney. If a dog or any other pet belonging to another person bites or attacks you or your child in the state of Georgia, will you be able to recover damages from the pet’s owner? Like almost every legal question, the answer is, “It depends on the details of the case.”

Georgia has perhaps the most complicated and controversial dog bite law in the nation. If you or your child should become the victim of a dog bite or any other type of animal attack in the state of Georgia, speak at once with an experienced Atlanta dog bite attorney at Spaulding Injury Law. 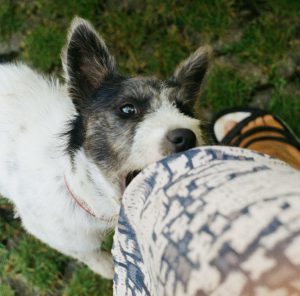 The Georgia law regarding dog bites has been controversial because a pet owner is held liable for the actions of a dangerous dog (or any other dangerous pet) only if the owner was aware of the dog’s dangerous proclivities. In the past, Georgia’s courts have cited the “first bite rule” – that the dog had previously bitten someone and the owner knew about it.

However, in March 2017, the Georgia Supreme Court determined that if a dog has previously snapped at someone – without actually biting someone – that could be sufficient to indicate that the owner knew that he or she owned a dangerous animal. One attorney in the case said the court’s ruling “recognizes that a snap is nothing more than a bite that missed its target.” Thus, it should be easier in the future for Georgia dog bite victims to win compensation for their dog bite injuries and their related expenses and losses. To prevail with a personal injury claim after a dog bite or any other animal attack in Georgia, the victim (called the “plaintiff”) must prove:

To understand how the Georgia dog bite law works, it’s important to know the meaning of the various terms used in the law. Here are some of those critical definitions:

What Damages Can I Recover for a Dog Bite in Georgia?

Under Georgia’s dog bite law, a victim can receive compensation for financial losses and pain and suffering. In rare cases, a victim may also receive punitive damages where the defendant acted with total and willful disregard for the safety of others. In more detail, these damages are:

Special (or Economic) Damages – Special damages are the actual, out-of-pocket financial losses a victim incurs due to medical expenses, property damage (including clothing, jewelry, etc.), lost income, and, if the victim died, funeral and burial expenses. Note that past and future medical expenses, such as future surgeries, and future income loss due to loss of earning capacity, are included in this section where the victim is disfigured or disabled.

General (or Non-Economic) Damages– General damages compensate the victim for non-financial losses, including physical and mental pain, emotional suffering, emotional distress, and loss of companionship if the victim dies. The amount awarded is decided by the jury or through negotiations with the defendant’s insurance company. Georgia law defines pain and suffering very broadly and does not impose a cap upon the amount the jury can award. Factors that the jury can consider in making its award include:

The plaintiff must prove by clear and convincing evidence that the defendant’s conduct must have been willful, malicious, fraudulent, wanton, oppressive, or consciously indifferent to the consequences of their actions.

Where Does the Money Come From?

Your dog bite lawyer will, among their first tasks, search out sources of insurance for your injuries. The most common source of compensation in dog bite cases is homeowner’s or renter’s insurance. If the bite occurred on a business site, such as by a guard dog, the business’s insurance should cover your compensation. Owners of dogs deemed vicious in Georgia must carry a minimum of $50,000 in liability insurance.

How Do We Help Dog Bite Victims?

By conducting a thorough investigation and by building a compelling case built upon hard evidence and witness testimony, a skilled Atlanta dog bite attorney can often establish all three of the factors necessary for a dog bite victim to recover financial damages for medical care, lost wages, and possibly much more. Get the legal help you need after a dog attack. Speak to an attorney at Spaulding Injury Law by calling us at 770-744-0890. You may also contact the attorneys at Spaulding Injury Law by completing the contact form here on our website. We are ready and prepared to fight for the compensation – and for the justice – that victims of negligence need and deserve.