5 Things You May Not Know About the City of Atlanta 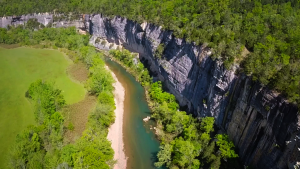 Last Updated on May 29, 2020 by Theodore Spaulding

Whether you call Atlanta home or you are visiting the city for the first time, there is always something new to see or do. Atlanta is known for its rich history, great sports, and award-winning restaurants, but there are also a few little-known facts that may surprise you. So, let’s explore this historic city together.

Atlanta Was Not the First Capital of Georgia

Atlanta was the fifth city to become the capital of this beautiful state. In 1776, Savannah had the honor, but during the Revolutionary War, the British captured the city, so the capital was moved to Augusta. Unfortunately, many residents claimed Augusta was too far east to be the capital, so the capital was moved once again. In 1796,Louisville claimed the honor until 1807 when malaria made the area inhabitable. In 1807, Milledgeville became the capital, and it remained the capital until 1868. Milledgeville was prosperous and growing, but it was too overcrowded, so Atlanta was chosen as the next and final capital of Georgia.

Peachtree Street is one of Atlanta’s major streets that connect different parts of the city. Residents and visitors might use this street often, but may be surprised to learn that the name has nothing to do with Georgia peaches! The area we know as Atlanta was once inhabited by the Cherokee and the Creek Indians. One of their main villages was called Standing Pitch Tree. As southerners do, the name was shortened and soon became known as Peachtree. This name is so synonymous with the city that is has been used for more than 70 streets in Atlanta ever since.

Scattered around Atlanta, hidden in plain site are a collection of tiny doors. This was the brainchild of artist, Karen Anderson. The doors are 6-inches tall. So far, nine have been found. No one knows if there are more. The idea is to get people to use their natural curiosity to look down and notice the little doors. What the doors lead to and the mysteries they hold is anyone’s guess.

They Give You Free Money

What better way to attract more visitors to the city than giving away money? Surprisingly, the city of Atlanta has decided to give every person that visits the Federal Reserve Building a free bag of money to show their appreciation. However, like most deals that are too good to be true, there is a catch. We should mention that the money is shredded! But, it is an interesting souvenir and worth a trip the Federal Reserve Building if you are in the area.

There Once Was a 780-foot Ski Slope in Atlanta!

Atlanta is not typically known for snow, but in the 1970’s Vinings Ridge Ski Area attempted to transform the city into a skiing destination for wealthy tourists. At one time, people believed Atlanta was the perfect place to visit when you were looking for some winter fun in a warm, Southern climate. The all-inclusive ski resort offered a 3-story lodge, a rooftop restaurant, and a 780-foot ski slope made of AstroTurf and plastic pellets. Unfortunately, the ski resort was not a long-term success, but the concept remains one of the interesting facts about Atlanta that most people do not know about the city.