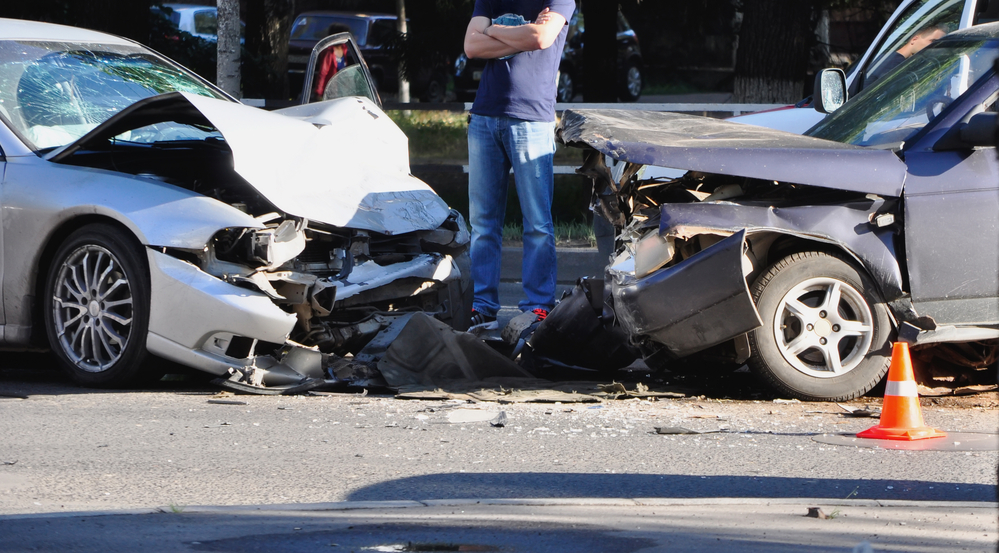 Car accidents happen all the time in our country. It doesn’t take much for someone to be negligent while they’re driving. That means you can be the best and safest driver with no history of accidents, but it can still happen. You can’t control how other drivers behave on the road. You can’t stop them from eating, texting, or being distracted. So, when an accident does happen, how do you handle it? Who do you call first?

Immediately after the car accident, if you’re able, the first thing you would do is contact the police. From there, they would help you get checked out if there’s an injury. If you’re not injured, then you should do your own task of taking photographs of the scene, getting witness testimonies, and exchanging information with the person you are in an accident with. Once you exchange information with them, you would then file a claim with their insurer. If you are unsure of the next steps after filing a claim contact your personal injury attorney.

Especially if there’s an injury, you might be thinking whether the best idea is to take your claim to court. You want as much money for damages as you can get. This is especially true if your injury causes you to miss time at work. Time off work means you’re not getting paid due to no fault of your own. Someone else was negligent and you got hurt. Or, your vehicle was damaged or even totaled, preventing you from getting around.

The reality is, very few car accident cases actually make their way to trial. Usually, the insurance companies will negotiate and do their best to settle the dispute. The other person might contact your insurance company to try and get damages for their vehicle even if they were at fault. The two insurance companies might battle it out and try to settle that cost as well. They might determine between themselves who was at fault.

As stated above, it’s not common for car accident cases to be taken to the courts. This is even for injury or vehicle damage claims, as most of these cases are heard and settled by the insurance companies before it gets to that point. Even if someone doesn’t like the claim the settlement that they receive, and they wish to file a claim against the person who hit them, it is still more likely that that situation would be settled before any trial takes place.

This is why it’s super important for drivers to understand how insurance claims are handled by insurance companies. They will work their hardest to ensure that some type of settlement occurs. Typically, a settlement is when both sides agreed to compromise about who was at fault and agree to the payout offered. In many incidences, a settlement allows for neither side to admit wrongdoing. They receive their settlement, shake hands, and walk away.

This doesn’t mean that a lot of misunderstandings can’t happen. As the insurance companies try to create a settlement, you might not be happy with the other person’s insurance company trying to give you a low offer to make the claim go away. They will offer their own assessment, quote, and/or estimate. They may even try to pin the accident on you any way they can. The next step would be for you to write their insurance company a demand letter.

Once you get into an accident with someone, you will exchange information. Once you get the insurance company’s information, you will send them a claim for injury and/or damage claims. They themselves will put together an estimate and send that to you. You have the option of accepting their estimates, but oftentimes they will try to get you into settling at the lowest possible number they can.

Within this demand letter, you would also request from them a new amount that you believe is fair. Maybe you got a different quote on the full cost of repairing the damages or your entries will leave you out of work for an extended time. Either way, you don’t think their offer was fair, so you send a new offer back to them. From there, the different parties would discuss your new offer and send you a new quote. This is the negotiation until a resolution is reached on all sides.

Negotiations to Resolve a Dispute

If the negotiations don’t seem to be going anywhere, and you’re not happy with the numbers they keep sending back to you, you have options and seek legal counsel. This is considered having a mediation from a third-party who is not invested in the case. They’re often licensed attorneys, but you are not really taking the claim to court. You would want them to provide guidance to both sides on what’s going on and what is reasonable.

If this doesn’t work in a negotiation cannot be reached, then the case might be taken to court to help settlement. Even if it’s taken to court, it’s still rare that an entire trial will take place. Often times the insurance company will still seek a resolution to prevent a court case from happening. This is why it’s really important to do your due diligence after an accident has happened.

Get eyewitness reports, take as many photographs as possible, and even get the police report. All these things can work in your favor when negotiating with an insurance company. All the evidence works in your favor, and the negotiation period should be fairly short. If not, then you have what you need to take the insurance company to court to get the settlement you feel you deserve.