Braking And Cornering: A Refresher For Staying Safe 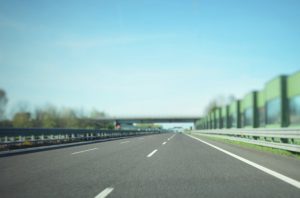 He comes back to motorcycle riding, buys a Honda 1300 cc bike, and he starts riding it. He notices every time he is cornering, he’s starting to lose traction, the bikes vibrating, and he feels like he’s about to fall off the bike.

It happens over and over again to the point where he thinks there’s something wrong with the bike, and so he trades it in and stops riding bikes. He later comes to find out it had nothing to do with the bike at all.

This story is a good reminder to those that are veteran riders, but also guys like this one who are getting back into the game or our new motorcycle riders.

How To Stay Safe When Braking And Turning

Number one, you want to try to do as much of your braking into the turn not during the turn. That’s what you learn in your safety courses, and it’s standard practice.

Another tip is you don’t want to cover up your front brakes with your hand as you’re going into the turn. Why? Because of human nature.

If you have any issues as you’re cornering, you’re going to want to slam on that brake, and that leads to the most important and interesting tip regarding braking and cornering.

You can break during the turn, and it can actually help you with traction, but it’s for more experienced riders. Why? Because it’s all about the application of the brake in traction.

What do I mean by that? Again, in that discussion of putting your hand over the brake as you’re cornering and the like, leaders are going to grab it fast.

If you ease in on the brake as you’re cornering, you’re going to give yourself plenty of traction. It’s when you do it aggressively that you’re going to lose traction and it’s the same thing with throttling.

If you throttle up fast in a corner, you’re going to lose traction, so you want to be throttling well before the turn, and you want to have your speed as perfect as possible before you’re going into the turn.

If you need to slow down, you want to do all of that well before you get into that turn. Again, it’s not a 100% rule.

What do I mean by that? When you become more experienced, you can brake in the cornering because you know not to do it aggressively.

You can throttle because you know not to do it aggressively, to do it slowly and not go super fast into the throttles, to gain speed, or reduce speed. That is what really affects traction and cornering.

Some Takeaways For Your Next Ride

If you’re having trouble with the cornering, look first at your strategy going into the corner, and while you’re in it. Are you hitting the brake too hard? Are you throttling too hard?

That could be the culprit, not your bike itself, or tires, or anything that that needs to be replaced. It could be what you’re doing is causing those issues, and you can always lose control of your bike if you are doing it incorrectly.