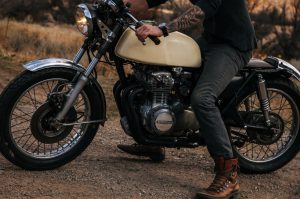 I will continue to break down the report that was released last month from the Governors Highway Safety Association on crashes in 2017 and more specifically, fatalities involving motorcyclists.

To remind you, the report says that there were just shy of 5,000 motorcyclist deaths last year from vehicle collisions. As a motorcycle accident attorney, I want to break down one of the key highlights of the report, which is that in 25% of motorcyclist fatalities, the motorcycle rider had a blood alcohol level above the legal limit in that state.

Does Alcohol Play A Significant Role In Motorcycle Fatalities?

What I think is that we can hopefully take these statistics to heart and maybe alter our habits a little bit. As we know, it’s our responsibility unfortunately as the motorcyclists out there in Georgia to protect ourselves.

Most accidents happen because of the fault of the other driver, not the motorcycle rider. That being said, I’ve been harping on it for a long time, but we’ve got to stay vigilant ourselves to try to avoid these things. It’s unfortunate, but it’s the only way for us to stay safe.

With this statistic, I think what we need to take away from it is to please think twice before consuming alcohol and then riding; even if you’re under the limit, because here’s the problem. Given that we have to remain so vigilant out there to protect ourselves and be defensive riders, alcohol obviously dampens our reflexes, our decision-making processes and more. So, there likely is somewhat of a correlation between this blood alcohol level statistic and fatalities.

How To Stay Safe On The Road

Again, I don’t think it’s what they’re trying to make it out to be, that it’s all motorcycle riders drunk and are doing stupid things. I think it’s more of a warning to us that as much as we would love to do it, have a beer or two, we’re under the limit and go ride… I think we’ve got to be very careful even doing that. This is because it is going to affect our ability to avoid an accident and again, unfortunately, we’ve got to watch out for the ones that are violating the rules of the road, not us; and we need to have all of our skills and all of our awareness at its peak when we’re out there riding.

This is just something to take away from this statistic in an effort to try to help everyone out there; maybe give you a little bit of something to keep in the back of your mind. Again, I know it’s not the best news in the world, but we’ve got to be careful out there.

If you have any questions or concerns, reach out to me. Shoot me an e-mail, comment on this post or video, and I’d be happy to speak with you and discuss the topic a little bit more.