Skip Navigation
Tap to call:(470) 695-9950
Home » Fatality Stats: How They Compare On Roadways Vs. Interstates

Fatality Stats: How They Compare On Roadways Vs. Interstates 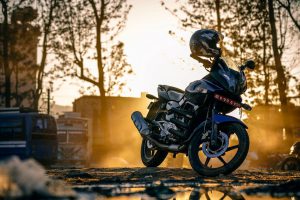 I recently made a video comparing the accident statistics between interstate and surface roads and the conclusion was that surface roads have more accidents involving motorcyclists than on the freeway.

As an Atlanta motorcycle accident attorney, I was asked to go into a little more in-depth regarding the specificity of fatality rates, not just accidents overall.

The popular theory seems to be that freeways and interstates are going to have a higher rate of fatality accidents even though the overall accident rate may be lower than on surface streets.

What Does Research Say About The Fatality Rates Of Interstates And Highways?

I conducted the research and found that the answer is actually no, it is not true at all. Even when it is broken down to fatalities, there are more fatalities on surface roads than on freeways and interstates.

The actual statistics show that 62% of motorcycle fatalities occur on surface streets rather than freeways and interstates.

I also found two other interesting statistics that break this down even further, and that is the difference between a major surface road and a minor surface road, which consists of roads similar to county roads that far from urban areas.

The answer is that more fatalities occur on major surface roads, rather than on the minor surface roads. This makes sense because you’ve got more traffic flowing there, and a lot of these roads lead to interstates, you’re going to have a ton of traffic there, which is much more dangerous for a motorcycle rider.

What Can Be Concluded From This Research?

The conclusion was that urban surface streets have higher fatality rates than your country and back roads that are located throughout Georgia.

Even when you’re looking just at fatalities, surface roads are the most dangerous roads to be driving and riding a motorcycle on.

If you have any other questions, concerns, feel free to reach out.