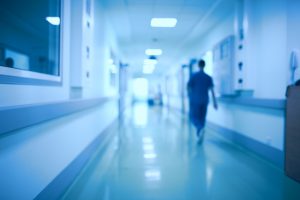 Does The Hospital Scam Injury Victims?

We’ve seen this in the past couple of years and here’s the scenario. You get injured, you’re transported, or you go to the hospital yourself to get treatment right after the accident.

You obviously let the nurse and the hospital administration staff know that it was because of a wreck. And then immediately you start hearing from them that you need to fill out this form or that form.

Then they tell you, “If it’s a wreck, we don’t take your health insurance. We bill it to the at-fault party.” This is why this works so well because to the everyday person, especially people who have not been in a wreck before, that makes a lot of logical sense.

Why Is This A Scam?

The insurance company pays you a settlement or a or pays your verdict. That will include potentially that bill, but they’re not going to pay it up front. It is your responsibility to pay that bill.

They’re doing this because sure they’ll send it to the auto insurance company for the at fault, but they know they’re not going to get paid by it. Then they turn around behind your back within a couple of days or weeks, and they file what’s called a hospital lien on the deed books and record in your county.

What does that do? Well, they know if you’re in a wreck, you’re probably going to get a lawyer. You’re definitely going to get some sort of settlement, and it says under the law that the lawyer or you has to deal with that hospital lien out of your settlement in order to get rid of the lien and not have legal action against you.

They’re not telling you the full story, and it’s all because they can make more money, especially when you have a lawyer involved by filing a hospital lien and having you deal with it, then taking the health insurance rate.

We’ve had multiple clients being told that they’re not allowed by law to take health insurance and that when you’re in a wreck, they have to bill it to the at-fault party, which is an absolute lie. They’ve come up with other different scams and schemes to tell patients that they can’t take your health insurance. They’ll even take the card, not tell you they’re not going to run it, and then file a hospital lien.

I first learned of this in a case I had a couple of years ago when a client had been in a really bad wreck. She initially didn’t hire a lawyer for about 6-8 months after the wreck, meaning I wasn’t able to deal with this on the front end. It already happened.

She was told that it’s against the law to take her health insurance and that the at-fault party insurance will pay for it. She thought that made sense.

It was a $16,000 bill when we finally get her case settled. I didn’t know all that had occurred, though her health insurance covered it. We get a settlement, and we’ve got a $16,000 hospital lien by law I have to deal with as her lawyer before I can give her a dime of her settlement money.

That’s when I was told it’s against the law to do that. So, I immediately got on the phone with the hospital’s lawyer. He was shocked to hear that this was happening obviously against the law and we were able to get it resolved, but it still didn’t get paid by health insurance.

What Are Your Rights?

Do not fall for the scheme. You want the bill covered by your health insurance and make sure that it is applied.

Make sure to ask “Did you build this to my health insurance,” and you have to double and triple check that it’s been done correctly and not a big scam. Unfortunately, it’s been done by all the big hospitals around here, and I’ve got multiple clients that have fallen victim to this.