What Is The Main Infrastructure Issue Affecting Motorcyclists? 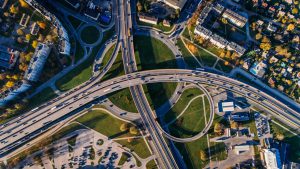 I recently read a report from the Federal Highway Administration that discussed the top 10 infrastructure concerns for motorcyclists in the United States. While reading this, I found the number one concern to be quite interesting, and I looked up more about this concern, and what’s going on in the industry to address it.

Before I reveal it, what do you think is the number one concern? Here are the top 10, in no particular order, and then, we can see if you get it right.

What Is The Number One Infrastructure Concern For Bikers?

The number one infrastructure concern for motorcyclists is an interesting one. I’m revealing it because I want to have it stay at the top of mind as you’re out there on the roads, because it’s a big concern, and it’s not really being fully addressed.

I also want you bikers to get out there, get involved with some organizations like, ABATE, which is a great organization here in Georgia that us advocating for motorcycle safety, and they actually have a petition right now centered in one particular area regarding the number one problem.

The number one issue is guardrail continuous protection systems. What that means is that you know your standard guardrails are steel guardrails, horizontal, with a space below it before the pavement, and then you have all the space underneath and there lies the problem.

One, it’s too low for a motorcyclist that might hit it and then go up over it, and certainly, fall on a cliff or a bridge or something like that. You’re then going to fall down or if you’re having to lay your bike down in an accident, and your sliding across the pavement, going up under it, hitting the pole or again, going down off the cliff or the bridge, especially if it’s on an elevated surface.

What Are Advocacy Groups Doing To Address This Infrastructure Concern?

This is a huge problem, particularly in Georgia. What ABATE is doing is a petition to address the several motorcycle deaths where riders are hitting the guardrail, or they’re getting in an accident right next to the guardrail, and they’re flying over the guardrail off the bridge falling down to their death.

The petition is trying to get the government to heighten guardrails to protect against these incidences that have been happening. This something that I want bikers to be thinking of when you’re out there riding in places like Dragon’s Tail, where there’s a lot of curves, guardrails, elevated surfaces, etc. You want to slow down, be even more vigilant because you don’t want to get in an accident or have to lay down your bike when you don’t have the proper guardrail protection.

It’s also interesting because studies have been going on throughout the United States and in tandem with Europe regarding this issue. Spain’s one of the leaders on this issue and they’re actually mandating motorcycle friendly guardrail systems be placed on their highways and roads.

If you think of any other countermeasures or infrastructure concerns that run on the list, respond to this video, shoot me an email.