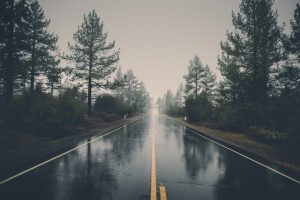 Recently the state of Utah just passed a lane filtering bill. I’ve gotten several questions asking “Do we have bills that are currently working its way through Georgia on lane splitting and where are we with that process?” My understanding is this is a big issue here in Georgia.

As a Savannah motorcycle lawyer, I don’t believe they have proposed anything yet, but I believe it is on the agenda. They are advocating for lane filtering, just like the bill in Utah, not lane splitting.

What’s The Difference Between The Two?

Once you think through it and understand the difference, you can see why lane filtering has much more support from non-motorcycling communities. m. To me, lane splitting, while I understand the potential benefits of it, given the fact of the dangers out there because of our four-wheeled brethren, I think it’s too dangerous.

You’re right in the middle of the two of them. Obviously, the point of this is only being able to do it during slow traffic. Lane filtering is much safer in the sense that it doesn’t allow the motorcycle to be in between two vehicles.

Instead, it allows the motorcycle rider to use the outside access area of the furthest right or left lane, so you’re not in between two vehicles. Let’s say you’re between a vehicle and a curb or a vehicle and the grass. You’re right there on that edge.

That’s what the bill in Utah got support in passing. You can see why that’s the case.

My Opinion On Which Is Safer

Personally, all of the wrecks that I see, the cases that I handle, we already have a massive problem with the non-motorcycle riding community seeing motorcycles, not hitting motorcyclists, and wanting to be in between two vehicles seem super dangerous to me.

I get some of the benefits of it, but I think the downside dangers outweigh any benefits of lane splitting. I know I’m going to get some comments for that, but again, it’s not about motorcycle rights as much as it is safety.

We’ve got to think of safety first. It is way too dangerous to begin with and trying to also now have motorcycle riders in between two vehicles, people are going to be shifting lanes, they’re going to be irritated at that time that they’re in traffic and more. I think if you want to go lane splitting, that’s great, long-term, but you’re not going to get it passed. I just don’t see it happening.

I think what you need to do first is move with lane filtering. It’s much safer and an easier pitch. Get that passed first then if you want to go more aggressive on a full-blown lane.

Remember, the people you got to convince are the non-motorcycle riding folks. Most of them are the congressmen and women and senators that you’re going to have to get behind a bill like this.