Sport Bikes v. Cruisers – What Are The Fatality Stats? 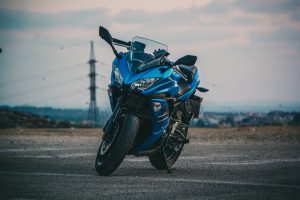 Obviously, the perception is that the sports bikes have a higher rate of fatality than the cruiser bikes. It turns out that is correct, so there is no surprise there. The last study that I could find that was done back in 2010 and it shows that sports bikes per 10,000 riders are four times more likely to get into a fatality wreck than cruiser bike riders.

However, as a motorcycle injury lawyer in Atlanta, I think the perception and thought process of why sports bikes have a higher fatality rate, is actually wrong. Most think it’s because these go faster, they’re lighter, riders weaving in between lanes, and more. It turns out it’s because of the age of the typical sports bike rider versus the typical age of a cruiser rider.

What Do The Statistics Say?

A more recent survey in 2016 found that somewhere around 59% of sports riders are under the age of thirty. This is in contrast to cruiser riders, in which less than 25% are under the age of thirty. In reality, the causal effect is that you have a much younger population riding sports bikes and this is in tandem with the fact that there’s a bunch of inexperienced young riders arguably, riding these sports bikes. These bikes are also lightweight, super-fast etc. In short, these statistics suggest that young age plus sports bikes is kind of a deadly combination.

I find this interesting because I went to find one answer, confirm that answer, but the stats actually showed something that I had never even thought about before. I know I have done a video in the past about the age of riders in general and what that means for a likelihood of fatality wrecks. We found that a younger population are at a higher statistical probability of having a fatality wreck, but those stats didn’t really correlate or narrow the difference between cruiser style versus sports bike style wrecks.