Motorcycles And Grass Clippings On The Road 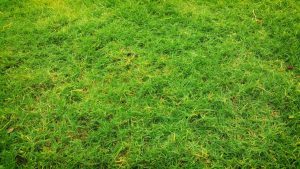 What we’re seeing is that mainly residents in county roads where folks are mowing the lawn, are blowing grass clips onto the road. This is also happening on state highways. These clippings are not getting cleaned up, and no one thinks about this from the perspective of a motorcycle rider. As we know as motorcycle riders, this is like driving on glass for a motorcycle. It’s a very dangerous situation.

In Georgia, Is It Illegal To Leave Glass Clippings On The Road?

So, what I’m asked oftentimes is – “Is it illegal to leave grass clippings on the road in the state of Georgia?” – and the answer that I have given is — your typical legal answer, which is yes and no. It’s up to interpretation.

There is no exact statute on point, unlike North Carolina for instance. They have a state statute on point that says it’s illegal to do this, Georgia does not. However, Georgia needs it; and my understanding is it’s something that ABATE is going to start working on legislatively here in the future, which I think is going to be great for motorcycle safety.

My legal interpretation is that this would likely fall under Georgia’s littering stature. It does not specifically mention grass clippings or another sort of natural debris, but I think it would fit in. We have seen cases in the past where prosecutors have gone after folks for much less than just grass clippings under that statute.

The example I give is from a colleague of mine, who as a prosecutor saw a truck driver and his company face prosecution under the Georgia littering statute for the truck driving down the road dripping water from its tank. It was not any kind of chemical or anything, just pure water, and they said it’s littering.

I think it would fall under that statute, but again, it up to police officers and sheriffs that are willing to charge that, prosecutors being willing to take it up and charge it, and actually prosecute this. More importantly, we simply need to have a statute that covers this. This is a known hazard, but in my opinion, it’s not being dealt with properly by the state with a law.

Now beyond that, there are specific ordinances in counties and cities across the state that do mention specifically grass clippings being illegal to leave on a city or a county road.

What Can A Motorcyclist Do To Stay Safe?

What I’ve told people to do is if you’re riding around, stop the person who is putting grass clippings on the road and just nicely say “Hey, you’re probably not a motorcycle rider but I am and what you’re doing is very dangerous. Make sure you get it off the roadway as quickly as possible. Do everything you can to try to blow it away from the road, not onto the road.” Often, people are receptive to it, and it at least makes them aware, so maybe they don’t do this the next time.

I encourage everybody out there to do that and make people aware because they simply don’t know. It’s amazing how many people don’t even think about it because they’re thinking about cars. “Oh, it’s no big deal. Cars will just blow it back onto the road.”

Next time you’re out on the road, and you see these things, take pictures of it, post it on social media, etc. Let these homeowners know what’s going on. Certainly, if you see the state or county doing it because they need to be following the right procedures to get that off the road as quickly as possible.

In short, grass clippings are very dangerous, and you need to be safe out there and to be looking for it so that you can avoid it at all costs. It is obviously very dangerous when you are coming around a curb and don’t know it’s there, so there’s not much you can do.

If you have any more questions or concerns about grass clippings and the law, I would love to have a conversation about it with you.