The Supreme Court Protects the Rights of Motorcyclists 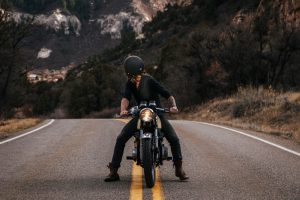 Today, I want to highlight some great news that came out Wednesday that involves the protection rights of motorcyclists. Many of you have probably heard about this news, but in case you didn’t, here is what happened.

On Wednesday, the United States Supreme Court came out with a ruling in a Virginia case stating that warrantless searches of a motorcycle parked in the rider’s driveway and under a carport is a warrantless search that violates the Fourth Amendment.

Why Is This So Important For Motorcyclists?

This was such a big victory for motorcycle riders and advocacy groups and was a case that really never should have been this big of a deal in the first place. In case you don’t know the background of the ruling, let me tell you what happened.

Again, this is a case from Virginia, and what happened is the guy had his motorcycle under his carport and had a tarp over it to protect the motorcycle. The police went on to his property, took off the cover, without a warrant, and searched the motorcycle, looking at the VIN, the registration, etc.

The police were doing this under the guise that they thought this was a stolen motorcycle and they could do a warrantless search because of that probable cause and because it’s a motorcycle that’s out in the open and therefore, they didn’t need a warrant.

As crazy as it is, the lower court in Virginia agreed with the state and said absolutely, if it was a vehicle, a four-wheel vehicle, enclosed car, truck, SUV, you couldn’t do this, but because it was a motorcycle, you could. Unfortunately, everyone figured the United States Supreme Court would side with this decision, but it’s just sad that it even had to get this far.

What Can We Learn From This Ruling?

What this ruling highlight is the prejudice and bias that all bikers are dealing with on a daily basis and how it touches every single aspect of owning a motorcycle. It’s not just in the legal realm where you get injured and have to deal with jurors thinking you’re reckless even though the other persons’ at fault. In their mind, you’re a motorcycle rider who is taking risks, and you shouldn’t recover for what someone else did to you.

Now, we’re talking about police searches and trying to say that owning a motorcycle is different than owning a four-wheel vehicle and you have fewer rights because you own a motorcycle than you would if it was a car or a truck.

It’s just crazy how pervasive the bias is for bikers, but today we can rejoice because the United States Supreme Court has sided with motorcycle rights and has come down hard and said this is clearly a warrantless search that violates the Constitution and the rights of the motorcycle rider.