Which Insurance Company Is Best For Motorcyclists in Georgia? 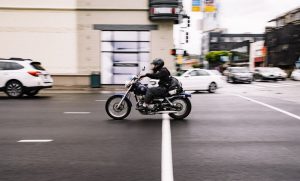 In this article, I discuss what are the best insurance companies for bikers to cover their motorcycle, and is there a chart of how much insurance that you should get coverage-wise specifically for UM and MedPay?

Which Insurance Company Is The Best For Bikers?

As a motorcycle accident law firm in Georgia, I can tell you that it doesn’t really matter which insurance company you choose because they all provide pretty similar services.

However, I have heard that USAA is slightly better than some of the other companies when it comes to customer service.  When it comes to a claim, USAA is going to treat it pretty much the same, especially if it is a personal injury claim. They’re going to come up with the same arguments and fight the claims the same way.

Regardless, you need to get a lawyer that knows what they’re doing. You have to have someone in there fighting for you. So, it doesn’t matter if it’s Geico, Progressive, or USAA. What I want to see is that you get as much coverage as possible, and then go with the provider that’s going to be cheapest for that really good coverage.

Which Chart Of Coverage Should A Motorcyclist Get?

When it comes to UM, have at least a $100K of add-on UIM coverage. You have to get it as an add-on, not reduced. Just add the UM coverage directly on top of whatever the at-fault party has, so it gives you more coverage than those reduced by.

As for MedPay, I would suggest that you have $250K-$300K in MedPay. It is a great piece of coverage that is separate from the UM coverage that directly covers your medical bills.

I want to see at least $10K of MedPay, or ideally $25K or $50K, but I would say $10K at a minimum. If you’re going to look for a $100K UM add-on policy with at least $10K of MedPay coverage and see which provider out there will give that type of policy or better at the cheapest rate. It doesn’t matter if it’s Geico, Progressive, USAA, Safeco, or some other company. In my opinion, it doesn’t matter; it’s just about having the coverage you need.