The Most Common Motorcycle Accidents (remove video or reshoot) 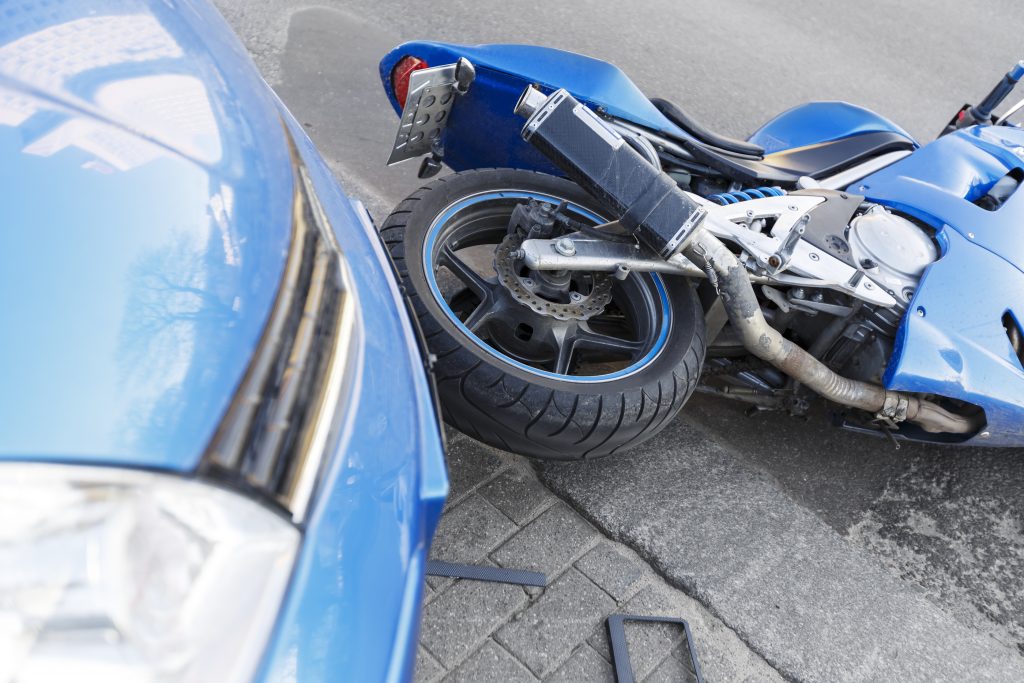 Motorcycle crashes are serious because there really is no such thing as a fender bender or minor accident for a rider.

Every motorcycle crash has the potential to cause serious injuries to the rider, and even avoiding a vehicle crash can seriously injure a rider if they have to lay their bike down or make other maneuvers to avoid the crash.

Research and experience representing motorcycle injury victims have taught our motorcycle injury attorneys that one scene in particular presents motorcycle riders with the highest risk of being involved in a crash or having to lay their bikes down.

What is it? Entering an intersection where another driver is attempting to turn left in front of the motorcycle.

That is it. That one maneuver leads to the most motorcycle accidents in Georgia and across the country!

The main reason we have seen for the cause of these types of motorcycle wrecks is that the driver turning does not see the motorcycle coming. In one of our recent cases, it was at night on a side road outside a neighborhood in Cobb County.

The plumbing truck did not see our client’s motorcycle despite the fact he had his headlights on and turned right in front of him as he was entering the intersection on a green light.

The collision caused our client to go up over his handlebars over the hood of the plumbing truck to the ground on the other side, breaking many, many bones in his body.

In another case, a young main high on multiple drugs turned left in front of our client’s motorcycle driven by the husband with his wife on the back. Our client’s husband laid the bike down to try to avoid the collision saving his wife’s life but unfortunately killing him.

This occurred in broad daylight on a one lane road. Obviously, in this case, reckless driving due to intoxication was the culprit. It is nonetheless a cautionary tale for motorcycle riders that all intersections are dangerous for a biker and extreme defensive driving is warranted when approaching all intersections.

As you can imagine, in Georgia, all drivers have a duty to yield the right of way to oncoming traffic when they attempt to turn left without a green arrow from a traffic light.

The failure of a driver to yield the right of way when turning left causes many T-bone style wrecks like the two recent cases we had above.

We are not aware of any studies that have analyzed why this is the leading cause of motorcycle wrecks, but it is easy to imagine several reasons why this is true.

First, motorcycles are smaller and more difficult to identify than four-wheel passenger vehicles, which makes it more likely that a driver not paying close attention may simply not notice the approaching motorcycle.

Second, those who are not familiar with motorcycles may simply not do as good of a job of estimating the speed at which the bike is approaching the intersection.

If the driver underestimates the speed of the approaching motorcycle or the time he has to make the left turn, he may not realize the danger that cutting a turn so close presents to the rider.

All of those can put the rider at much greater risk of injury than they would to other vehicles, and that increased risk of injury is often not appreciated by the driver making the left turn.

Motorcycle riders should exercise great caution when approaching any intersection and slow down whenever a vehicle is positioned to turn left in front of your bike.

Research and experience have shown us this scenario puts you at greater risk than any other situation you face on the roadway as a rider, so you should take that risk seriously.

Assume the other driver may not see you or may not appreciate how dangerous it could be for them to cut it close with a quick left turn in front of you.

Slow down and always be planning ahead for your next maneuver if the driver should decide to make that ill-advised left turn in front of you.